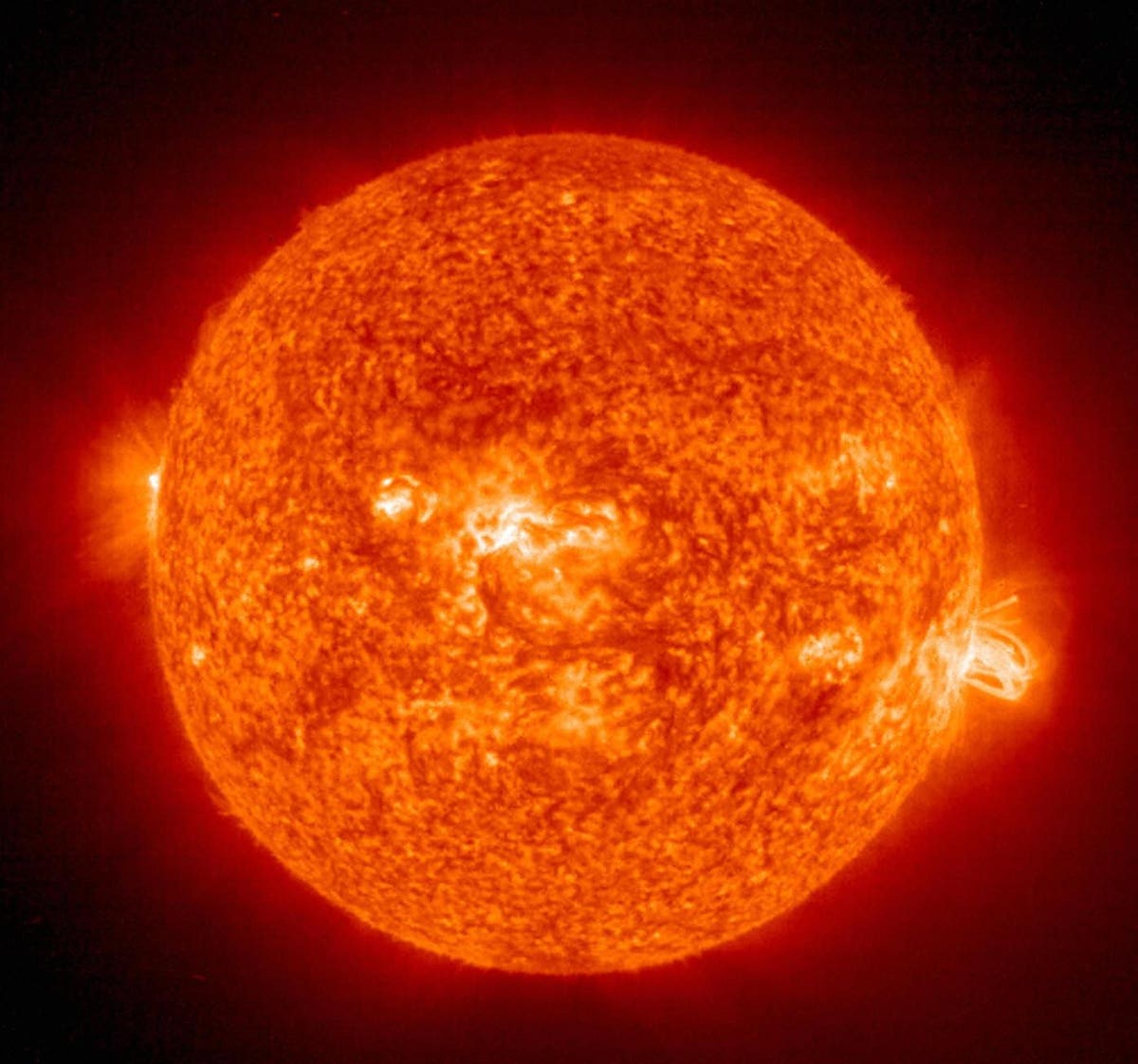 Our Sun is waking up—and it could have devastating consequences for the Internet, particularly in North America, if a “black swan event” like a solar superstorm occurs.

As reported by SpaceWeather.com, a “solar tsunami” occurred on the surface of the Sun last Thursday. A mass of charged solar particles hurtled towards us and were expected to arrive at Earth on Monday. It could be joined on Tuesday and Wednesday by the leftovers of a solar flare on Saturday to produce a G1-class geomagnetic storm.

We know the Sun is getting more active as it enters a new Solar Cycle with some predicting it could be the strongest since records began.

Earth will cope this time—but what about the 1.6% to 12% chance that a huge solar superstorm occurs? And we—and our internet—prepared for such an event?”

It’s the subject of a new research published this week and presented at the SIGCOMM 2021 data communication conference. It doesn’t make for easy reading.

The report rates North America as one of the most vulnerable regions where an outage of the Internet could last for months.

With Internet outages estimated to cost about $7.2 billion per day to the US economy, that’s surely worth preparing for—and mitigating.

MORE FROM FORBESMercury Is No Longer The Closest Astronomical Body To The Sun: Scientists Just Discovered Our Star’s New Nearest NeighborBy Jamie Carter

Of course, Earth does have defences against solar flares, intense bursts of radiation that only threaten our planet when they happen on the side of the Sun facing it.

When solar flares come our way, Earth’s magnetosphere accelerates the charged particles down its field lines to the poles. The result, of course, is an afterglow known as the aurora—the Northern Lights and Southern Lights.

Coronal mass ejections (CMEs) are different. Rarer huge eruptions on the Sun caused by magnetic storms, they create huge clouds of plasma that could damage power grids if they drift our way.

Power grids vs the Internet

However, power grids are designed to mitigate the effect of CMEs. The Internet is not. “The networking community has largely overlooked this risk during the design of the network topology and geo-distributed systems such as DNS and data centers,” reads the paper, which predicts large-scale Internet outages covering the entire globe and lasting several months.

The problem with undersea cables

The problem, say the authors, are the undersea cables that are the invisible backbone of the Internet. While the fiber-optic cables under countries and cities wouldn’t suffer, largely because they’re shorter and grounded, the vast number of subsea links between continents are more vulnerable.

“[CMEs] produce Geomagnetically Induced Currents (GIC) on the Earth’s surface through electromagnetic induction,” reads the paper. “Based on the strength of the CME, in extreme cases, GIC has the potential to enter and damage long-distance cables that constitute the backbone of the Internet.”

Long-distance cables have repeaters to boost the optical signals spaced at intervals of 30-93 miles/50-150 km, which are powered using a conductor.

Do we know if they’re resilient to solar superstorms? No. The last large solar events were in 1859 and 1921, which damaged the telegraph network. As for the modern Internet, its resilience has not been tested, say the authors.

Why North America would suffer the most

Since the high-energy particles from a solar superstorm would be funnelled towards the poles, higher latitudes would be most at risk. This is where the most Internet infrastructure is, including undersea cables. But while Europe tends to use shorter cables, North America relies on longer cables, say the authors. So North America could suffer longer Internet blackouts.

Either way, Europe and America could become disconnected while Asia’s equatorial Singapore hub would likely be less affected.

The paper also says that Google data centers have better resilience than Facebook’s.

Satellites in orbit are also in danger of being damaged, says the paper. That’s potentially an even bigger deal in future if systems like Elon Musk’s SpaceX Starlink constellation succeeds in bringing low-lost broadband to much of the world who can;t yet access the Internet.

Worse still, the authors think that Starlink-style satellite networks might be especially vulnerable, writing: “GPS and communication satellites which are directly exposed to solar storms will suffer from lost connectivity during the event, potential damage to electronic components, and in the worst case, orbital decay and re-entry to Earth (particularly in low Earth orbit satellites such as StarLink.”

This, said lead author Sangeetha Abdu Jyothi to Wired, is a story about us humans being totally unprepared for something of major importance. Sounds familiar, right? “What really got me thinking about this is that with the pandemic we saw how unprepared the world was. … there was no protocol to deal with it effectively and it’s the same with Internet resilience,” she said. “Our infrastructure is not prepared for a large-scale solar event. We have very limited understanding of what the extent of the damage would be.’

As an example of just how unprepared governments might be, back in May 2021 the UK Prime Minister’s former principal advisor, Dominic Cummings, revealed that the UK’s plans are “completely hopeless” and that solar storms could cause a “a worse situation than Covid.”

Why the threat is now becoming real

All this comes as our Sun waxes towards “solar maximum” in 2024. The Sun has a cycle that lasts between nine and 14 years—typically 11 years, on average. At the peak of that cycle—called solar maximum—the Sun produces more electrons and protons as solar flares and CMEs.

“During solar maxima, there is an increase in the frequency of two solar phenomena, solar flares and CMEs) both caused by contortions in the sun’s magnetic fields,” reads the paper.

It’s thought that the Sun will reach solar maximum in the mid-2020s, though exactly when sunspot frequency will peak is anyone’s guess. It’s something that can usually only be described in retrospect. The last solar maximum was in 2013/2014, but was was ranked among the weakest on record. The next one could be the strongest.

Once way to gauge what’s going on visually is by counting sunspots—and the other is by looking at the Sun’s mighty corona during a total solar eclipse.

Either way, power grids are somewhat protected against solar superstorms. If we believe the Internet is also critical infrastructure—and, of course it is—it needs protecting against another kind of corona emergency.